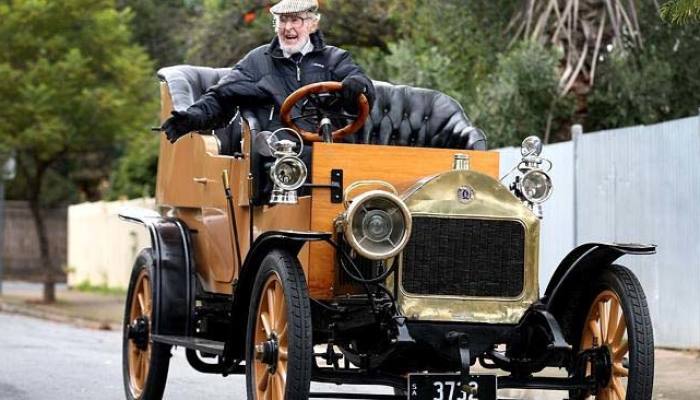 Parkside man Arthur Mullins will be 100 next week … he is pictured here in the vehicle he was brought home from hospital in, a rare Darracq car.

ARTHUR Mullins could be celebrating his 100th birthday next weekend with a road trip in the car in which he was taken home from hospital as a newborn. 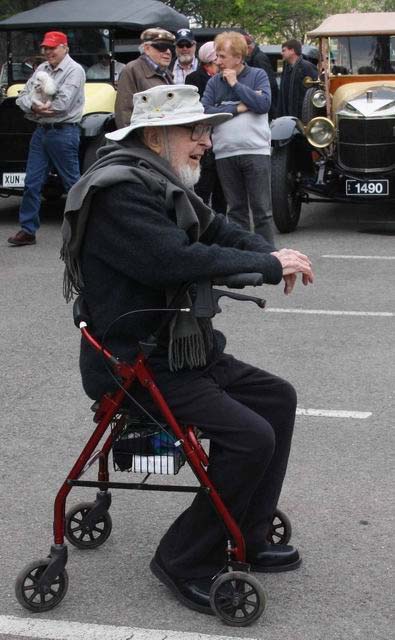 The Parkside man and his 1908 Darracq — one of the state’s oldest cars — are still going strong. Mr Mullins got behind the wheel of his beloved vehicle last week when The Advertiser visited. “Look at the odometer on the wheel, you have to jump out of the car if you wanted to know how far you’d travelled,” he said.

It was the same vehicle that had taken him home when he left Royal Adelaide Hospital as a newborn. He said his family would have clocked about 160,000km in the French-made car before it was taken off the road in 1927 and eventually deconstructed. The car parts were then used to bore holes in search of underground water at the family’s Yorketown sheep farm.

But the motoring enthusiast spent 15 years restoring the veteran car until it was drivable in 1999. It is now in near-mint condition and features at many events, including Adelaide’s annual London to Brighton rally. Mr Mullins said his favourite memories were cruising in the car with his parents. His daughter, Iris Mullins, said the car was a treasured family asset.

The Darracq is one of the oldest privately-owned vehicles in South Australia. Mr Mullins said it was so rare and sought-after that an investor from the UK flew to Adelaide 20 years ago offering a blank cheque for the car. The Englishman went home disappointed. 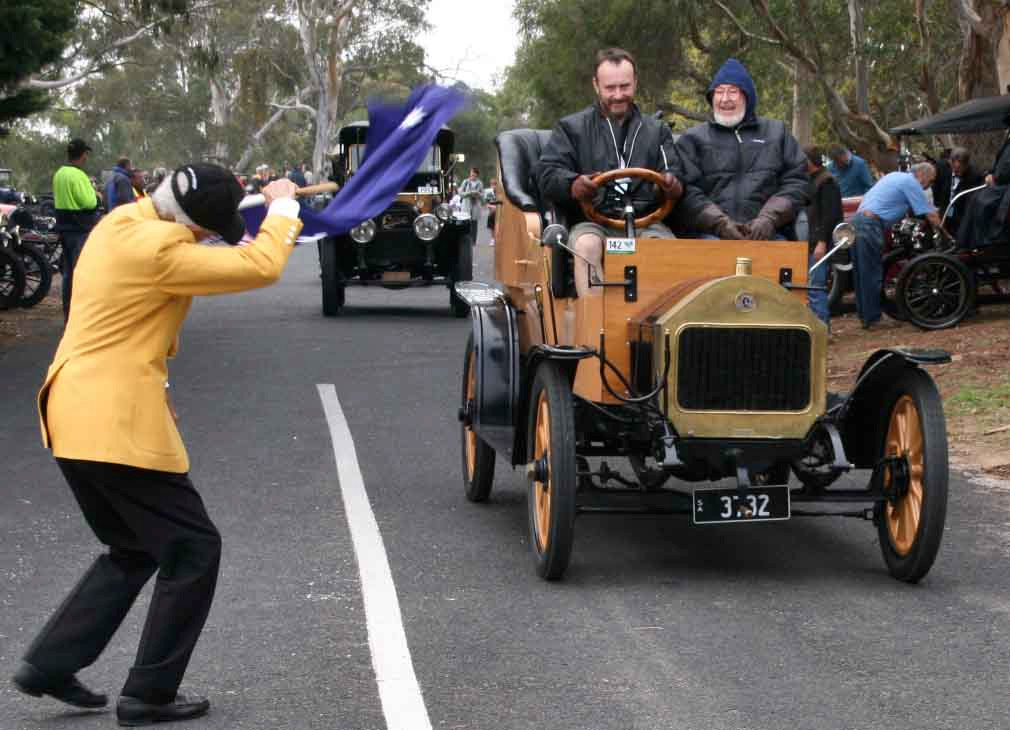 Mr Mullins in his 1908 Darracq being waved in at the end of the Bay to Birdwood run.

Mr Mullins, who is an engineer and a retired Australian air force corporal, had five children and is a grandfather to six grandchildren and seven great grandchildren. He said he had a “great life”.

“I’ve travelled across Australia and overseas, and I’ve been married,” he said.

He has not yet made plans for his birthday, but did not rule out a road trip.